I have always admired ventriloquists. They possess unique talents and give life to dolls and sometimes other objects, and I think that’s awesome.

Some of the most famous names among ventriloquists are that of Darci Lynne Farmer and Terry Fator. What these two entertainers have in common is that they are both winners of different seasons of one of the most famous talent shows there is, America’s Got Talent.

It is amazing that the show gives credit to people who posses skills of different fields and in that way promotes dancers, comedians, as well as ventriloquists.

Now, if you are familiar with Darci and Terry, you probably know Petunia and Winston. This time, the four of them gathered for an incredible rendition of the famous song The Prayer which was initially recorded by two of the greatest names in the music industry, Celine Dion and Andrea Bocelli. The song was created for the 1998 animated musical Quest for Camelot and became iconic, thus got recorded by a number of singers and musicians over the years.

However, we have to admit that listening to it performed by Darci and Terry through their dolls Petunia and Winston is another kind of magical experience.

Listen to them sing below. 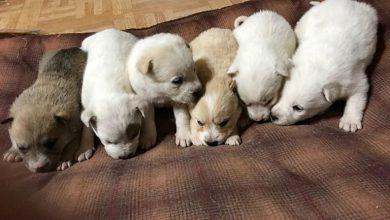